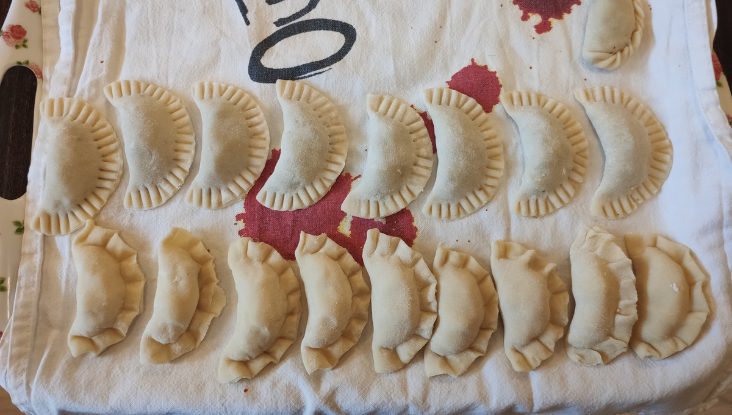 Our Polish Pierogi workshop was so much more than a cooking class. It reminded us that food is love and food is memory – a way to connect to our heritage and to our own cultural identity.  There was no doubt it is all about family – our teacher Angelina, owner of Taste of Poland catering was there with her daughter and Regina from the Auckland Polish Association with her amazing Mama. While most of us were curious cooks and eaters, others had fond memories of their Babcia’s (grandmother’s) pierogi and wanted to learn how to make them. 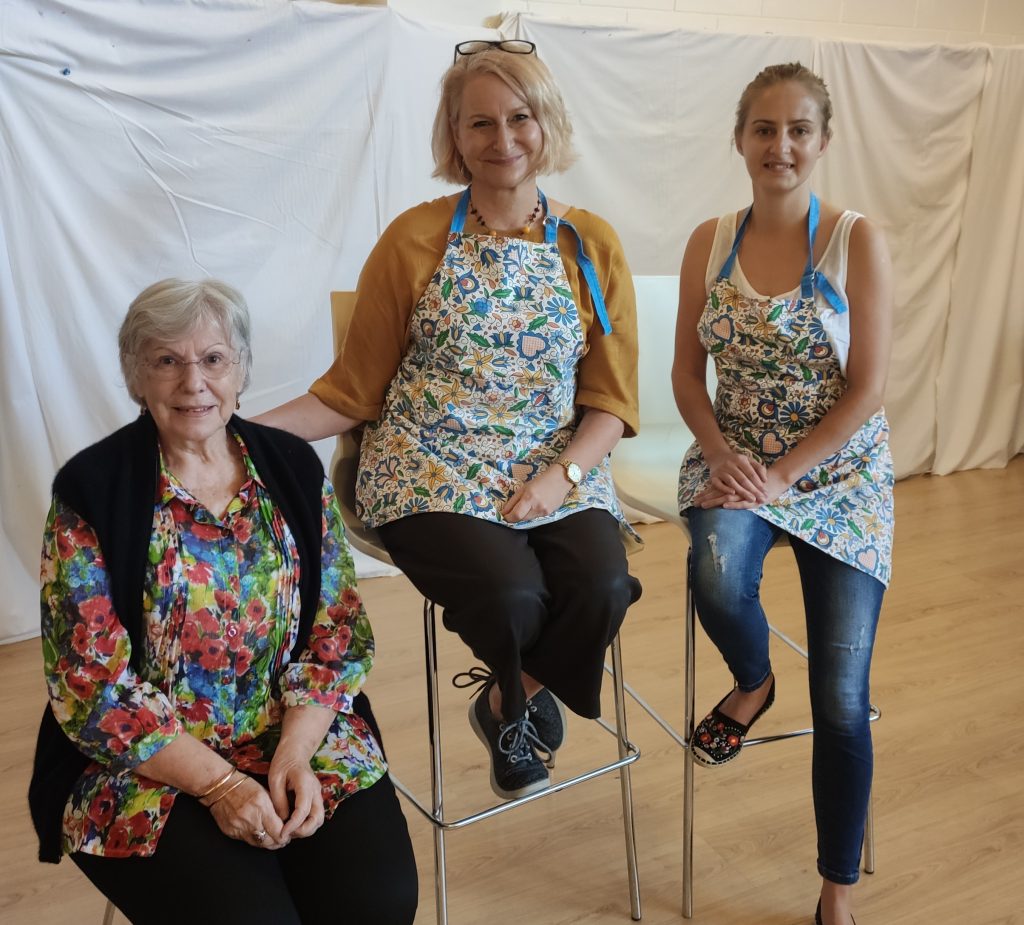 Pierogi has long history so here are a few “pierogi facts” – they arrived in Poland in the 13th century  and are the most well-known Polish dish; pierogi is plural – no one ever eats one; making and eating pierogi is usually a family affair and often saved for significant family celebrations such as birthday’s, Easter and Christmas; October 8th is International Pierogi Day; you must never criticise another family’s pierogi; and there is no etiquette for eating them but usually a lot of laughing. 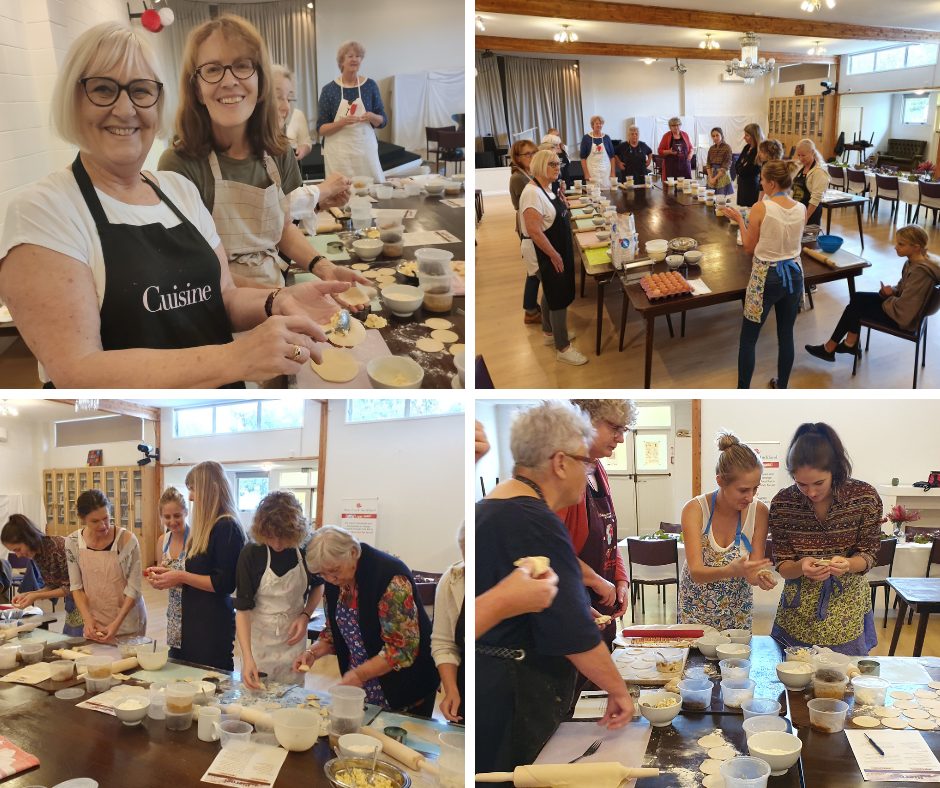 So what are pierogi? They are dumplings made with dough, filled, and folded into half-circles. They can have a wide range of fillings, the most popular savoury ones are ‘Ruskie’ (mashed potatoes with cheese and fried onion) and ‘Kapusta i Grzybami’ (sauerkraut and mushrooms), other savoury options include minced meat and spinach and cheese. Dessert pierogi are filled with fruit including prunes, cherries, strawberries, blueberries, apples, or jam.  Pierogi fillings have been influenced by the new homes of the Polish diaspora.

Once made, the pierogi are boiled and then fried in butter or oil, according to personal recipes and preferences. Fruit pierogi are generally only boiled. Traditional accompaniments vary according to the type of pierogi, Ruskie pierogi are sprinkled with buttery, fried onion and a sprinkle of finely chopped parsley or dill and served with lashings of sour cream. Meat pierogi are often accompanied with ogórki, Polish dill gherkins.

The Polish/New Zealand connection is strong. There have been Polish settlers in New Zealand since the early days of colonisation however, the most well-known are the Pahiatua children who were given safe haven here during World War II. They were followed by many displaced Polish immigrants seeking a new place to call home when they could not return to a post-war Poland. The Polish Heritage Trust Museum in Howick tells the story of Polish people in New Zealand as well as Polish history, culture, and arts. It is a great place to visit. 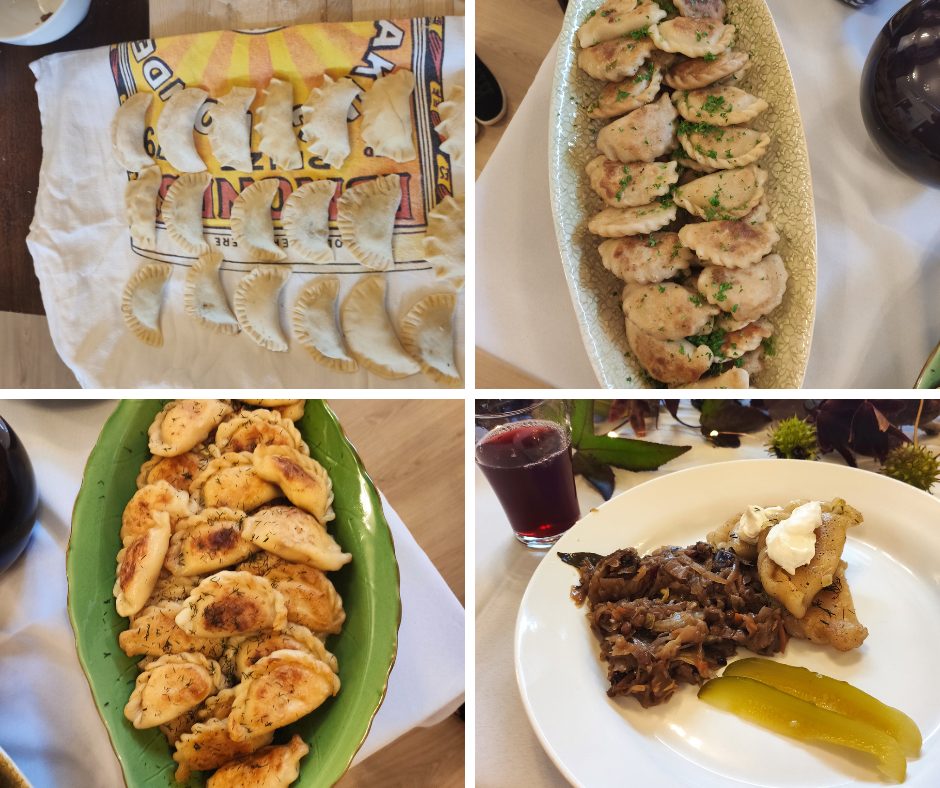