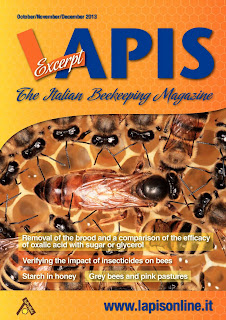 What do cocktails in Japan, cheeseboards in San Francisco, women in incarceration and banning cars in Florence have in common?
Bees.

(I attended the Slow Food conference (Terra Madre Salone del Gusto) in Turin, Italy from the 22nd till the 26th of September 2016. Over January I am going to post something each week that was key for me. It will speak of Italy, Turin, Slow Food, tastes, people and joy).

26 September 2016
It’s my very last day at conference and I am buzzing (:)) about my forum this morning on Urban beekeeping. There is a nice connection as some of New Zealand’s first honey bees are Apis Mellifera which are subspecies of the Italian honey bee. They were brought out by ship in the 1880s to NZ via England. 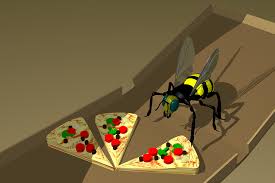 First we get an Italian introduction where it is explained that Urban beekeeping is many centuries old. The founder in Italy is considered to be Father Primo Generi, (a monk I can find no reference to on Google, perhaps I am spelling the name wrong?). 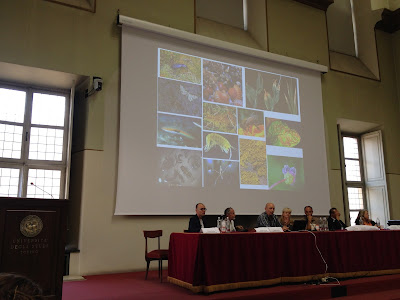 We then met two Italian speakers, Francesco Panello and Paolo Facciolli who are deeply and passionately involved in beekeeping and bee research. Each in turn described how in the face of pollution and loss of bee populations rurally, bees are doing fine in the cities. These men have a great love for bees and insects in general and their passion is obvious. Paolo designed a special apiary that is bee friendly in conjunction with a German group. 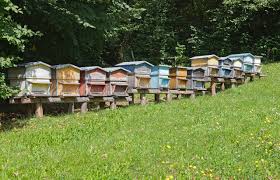 Claudio Porrini was up next and he was a fascinating speaker explaining his involvement with Bee keeping from a bio monitoring and pollution / quality perspective. This began in the mid 1980s in Florence. The outcome of the initial work of using bees as biological indicators led to cars being banned. Bees are ideal as biological indicators. An analysis of data from the bees and their products can show the bio availability of pollutants in the area surrounding the hive. They can monitor heavy metals, pesticides, radioactive pollution, pathogens, and explosives. Bees travel so much, going back and forth we can develop a good understanding of the area they cover. The hive’s levels of pollutants can then be mapped seasonally to show a cities hot spots of pollution and work can then be done to identify the source of pollution and plans made to reduce it. An example might be a derelict building that has lead based paint flaking onto surrounding land. Bees are an excellent biological indicator as they are easy to breed, and keep and are low cost. There are limitations however particularly in very cold areas in the winter. The bees have even been found to be able to identify the smell of tumours in humans and truffles locations. If you are particularly interested in this topic, Cordoba, Spain has done some excellent work and there is much published research available on the web.
Silvia Bragada came from a different perspective explaining how she left a high flying corporate job to undertake a project helping women re-enter the workplace following incarceration. They started making bags from coffee beans but have now moved into a new project with a view to produce honey and market it. She now has 20 beehives that she gets assistance with from professional bee keepers and the women do the work around packaging and will take the honey to the markets. Now, this summer, after 2 years of having the hives, they will be able to market the honey for the first time. Their project is called Renascita which is Italian for rebirth. 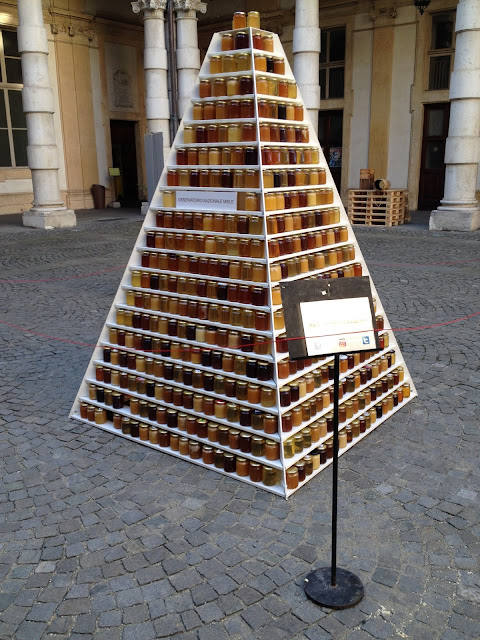 Davido Lopue is an environmental educator who runs a project called Parco del Nobile. http://www.associazioneparcodelnobile.it/. This foundation started in 2005 and by 2010 included urban beekeeping and gardens. Different projects have been undertaken, taking bees to a home for sick children, blind people visiting the bee hives, school visits to the hives and gardens, a honey label competition for children, etc. Protective gear is given to the visitors to wear and some instruction and then they are encouraged to move freely among the hives. Some people are fearful initially but it is just a process of learning how to be with the bees. The brand of the honey is Ozzenam and that is produced on the rooftops and the sale of the honey helps to fund new projects. An upcoming project is the placing of hives in a school courtyard.
Takayasu Kazuo from Japan was dressed in traditional Japanese costume and proudly presented the Ginza Honey Bee Project. : https://youtu.be/VMpA4swjAJQ. The bees are kept on a high rise building 11 stories high, (45 metres from the ground). The bees gather what they need to produce honey from the flowers in season so the honey changes flavour through the year. They produce a ton of honey each year. They only sell the honey locally as it is a local project. The honey is used to make cakes, macaroons, cocktails and has become synonymous with the city. School children make visits. The bees with their pollinating have led to more fruit production and  more biodiversity in the city. They combine the project with traditional cultural events and markets. I didn’t quite catch what ‘Computer bees’ was but it sounds to be a project connecting the honey producers with consumers. Check out their incredible projest. It is not just bees and honey but a whole ecosystem…
https://tokyogreenspace.files.wordpress.com/2009/08/ginpachi_poster_full_web.jpg 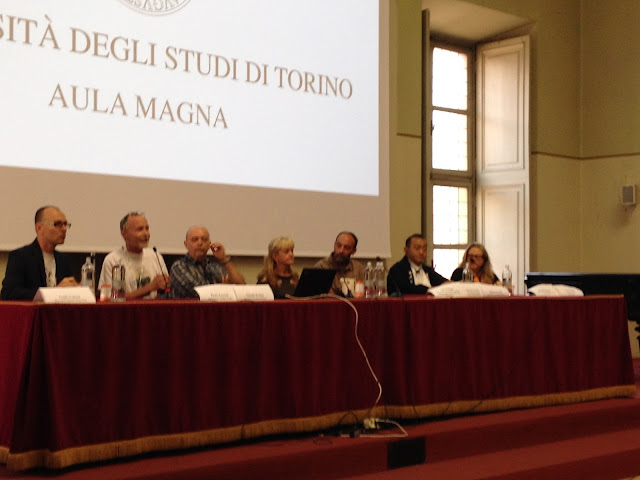 The last speaker was Terry Oxford from San Francisco: http://urbanbeesf.com/. Terry became a bee keeper in 2008. She believes that beekeeping needs to be nature centred. The world is very polluted and in America pesticides have taken over. Additional challenges are drought and climate change. California has not had much rain for 7 years and they have had 40 million tree deaths which is their cooling canopy. She says we should be planting trees; flowering trees make up whole ecosystems. Terry never takes all the bees food, she doesn’t use any chemicals, and she believes healthy bees come from healthy nutrition. She has hives on 6 buildings. The challenge is to get the bees on to the roofs. She gives the honey to restaurants for their cheese plates but is selective who she will give to and work with. The rooftop is good from the perspective of no ants or beetles to deal with. Her rooftop honey tastes good winning an award in a blind taste test.
“We believe that some things are sacred and should not be monetized.  If the condition of the earth is telling us anything, it is that some things should be simply honored because they are keeping us alive. Some things, like the pollinator life system, are a gift”. Terry Oxford. 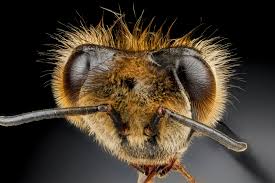 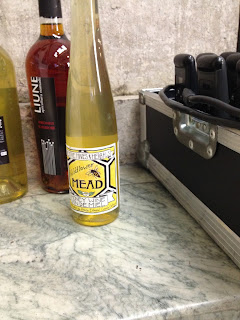 I came out of the meeting bursting with ideas and enthusiasm and hope. Just time for a final wine and charcuterie tasting over lunch where I ate prosciutto, salami and mortadella and learnt what qualities the best of these have. 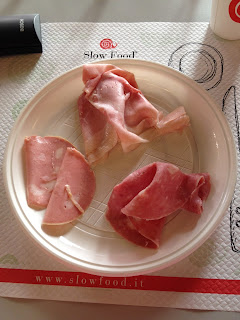 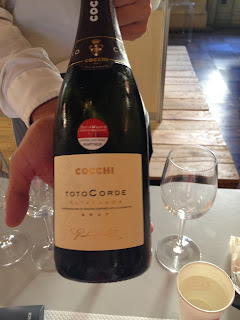 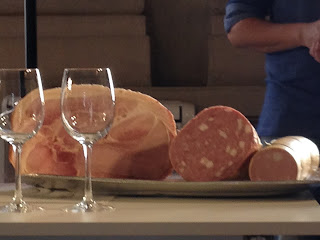 In the afternoon I caught the metro to the old Fiat factory, (did you know Fiat stands for “Fabbrica Italiana Automobili Torino” or Italian car manufacturer Turin. Right beside the factory is Eataly celebrating their 10th anniversary. If you haven’t been to an Eataly it is well worth a visit with branches in Rome, Milan, Bologna, Genoa etc. and now popping up in Seoul, Japan, Sao Paolo, the USA, Dubai and Istanbul. What you find here is fresh, delicious ingredients as well as cafes, gelato, cookbooks and kitchen equipment. I bought fat fresh figs and gobbled them all the way back to the metro. 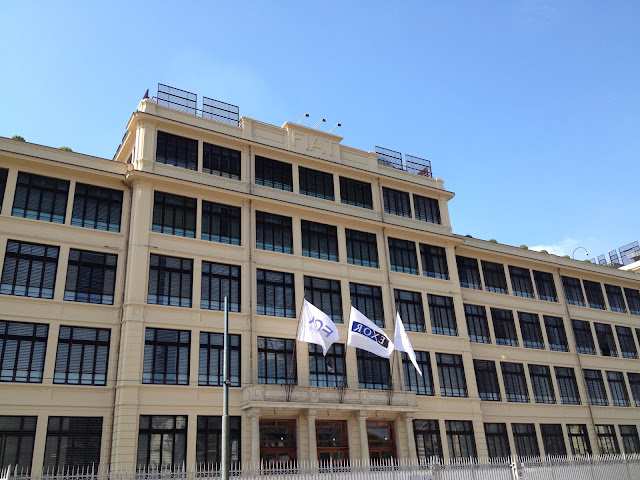 And that was pretty much the end of this incredible experience for me. What I have not shared was the wonderful, rich encounters I had with people from around the world. You just simply can’t document it all but here’s a shout out to just a few; the lady who gave me her honey from north of Madrid in Spain, the Italian man living in China, the Australian chickies really eating, sleeping and breathing this stuff, the indigenous Canadian woman living and working in close alignment to her values, the couple from Papua New Guinea making TV about it, the Slow Food youth girl that sold me her picture of the future, the Russian looking fella who gave me his photo and every amazing human being doing their best here and everywhere to make the world right. I will be back. I promise myself. 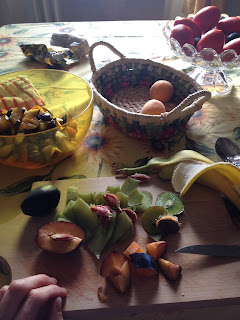