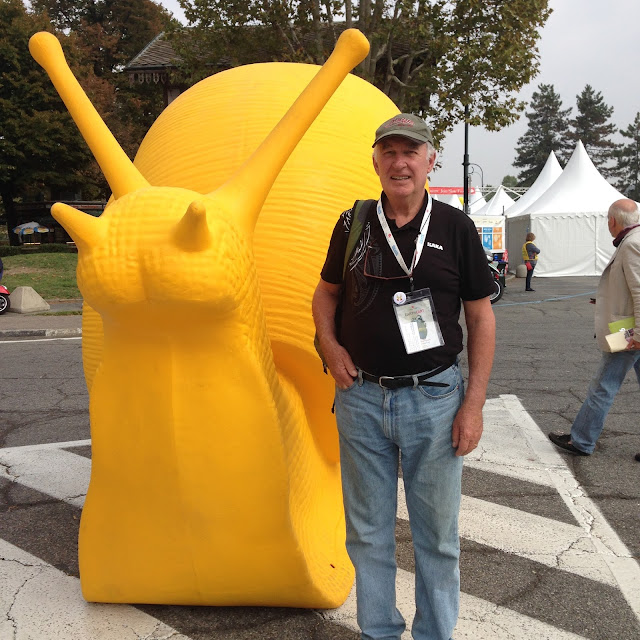 CAPTAIN’S LOG – ITALY
A grower and food producer’s snapshot of Salon Gusto/Terra Madre 2016
Slow Food is an international organisation founded in Italy in 1989 to counteract fast food.It promotes the concept that everyone should have access to good , clean and fair food.
Every two years they hold a Terra Madre /Salone del Gusto conference and Sue and I were selected this year as delegates for New Zealand /Aotearoa. The beautiful city of Turin in northern Italy normally hosts it in a huge conference centre that used to be the Fiat factory. This time the city opened its doors, streets and parks to visitors.The 7000 delegates from 140 countries were joined by many Italians for an overwhelming experience. Workshops were held in palaces, opera houses and the universities while stalls from around the world line the banks of the river Po. The snail emblem of the movement was around every corner.
The biggest challenge was decided what to attend. We managed to be among the 300 invited to the official opening and then everyone marched through the streets in celebration. The migrants tour though the local markets was a high light together with a pasta demonstration. The shops with their attractive displays of chocolates were very, very tempting.
Notable quotes included “lose your food and you lose your culture” and “food for the future are the foods of the past”. We gained many ideas and are looking to follow them through.
Our villa accommodation was very well located and secure so to gain entry we came through an outer gate, an inner gate,the external shutters before opening the bi-fold doors.The bunch of keys were so heavy it made you feel like a jailer.
Getting to the various venues was by foot, by tram or by bus.The cobbled streets were a challenge to walk on so we got a three day pass for the trams and then found nobody was scanning the tickets. So for the following  three days we travelled as the locals did without any tickets.The Italians have a reputation of introducing plenty of laws but not following through on enforcement.
One custom we found difficult to relate to was the huge number of Italians smoking .They were very well dressed, shopping for heathy food in one hand and smoking in the other.
After the conference we trained an hour to Alessandria and were hosted by Slow Food friend’s .We had previously hosted them on the Orchard so they were keen to reciprocate and treated us like royalty. Great home cooking, tours of local vineyards and restaurants were some of the highlights.They were very keen to cook a pavlova so we helped them with a recipe and seeing it come out of the oven in the Old World was something quite special.